What's In Store for February 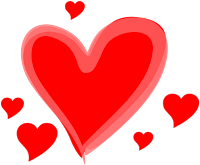 So it's been a whirlwind of activity so far in '09. I've posted many new recipes, thought of a million more to post down the line as funds permit, added some reviews, and made the news (hey, that rhymed). Some may think that I'll be slowing down; au contraire, my friends! I'm one of those weirdos who thrives on positive feedback and busy work, so there will be a lot more to come to PGEW starting this month.

~ Cost of recipes: Thanks to one of my new readers, I will now be featuring the average cost of each recipe I post. I'd been meaning to do this since the beginning, but food has always appealed to me more than math so I've avoided it. However, it makes a lot of sense. What I'm trying to show folks is that you can eat some great food for a low price; no sense in posting just the food unless I can prove the prices to you. I actually started doing that for the last couple recipes, so expect to see more of that in the future. Keep in mind, however, that prices do vary not only from store to store but from state to state. But considering California's one of the most expensive states to live in, you can probably bank on your costs being the same or lower than mine.
~ Product reviews: One of the perks of being a Foodbuzz.com Featured Publisher is free swag. Though it's not required to review the yummy goods they send you, I want to start doing that as part of my commitment to that program, and to keep you posted on what's new out there. This month I'll be featuring the new Quaker True Delights granola bars, so stay tuned for that. I also plan to start reviewing certain products that make my life in the kitchen a lot easier and allow me to do some of the things I talk about in my postings. Kitchen gadgets, certain appliances, etc., will start to make their way into the mix starting this month.
~ Trader Joe's 101: I've been meaning to post this for a few weeks now but just never got around to it. This month will feature the Frozen Foods section, so all you TJ's addicts, be on the lookout!
~ And of course, new recipes: one of my favorite restaurant-inspired salads will be making an appearance, as well as my first brainstormed pork loin & potato recipe. Broccoli lovers (I know you're out there) will be pleased to see a couple recipes based on this great veggie since I recently scored a great deal on broccoli at the farmer's market. I'm also tossing a new dessert idea in my head so everyone's sweet tooth can stay happy.
Since February is such a short month (and since my choir is singing again..... TONS of rehearsing is in my near future), I'm going to leave it at that for what's to come. Sorry there are no new pictures of my "kitchen assistant" this time around, and I'll check in with a new recipe soon!