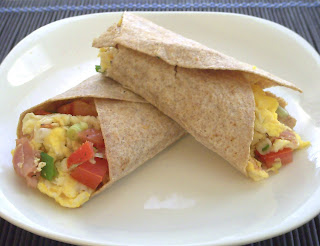 Day 2 of the Hunger Challenge proved to be a bit more difficult than the first day. This was largely due to the fact that we had our Staff Appreciation Luncheon yesterday, and the rules of the challenge do mention that you can’t accept food that’s been offered to you, so that left me out of the food portion of the festivities. It wasn’t too hard to resist, though; I didn’t even go by the food table to see what they had, so there was not too much temptation. The little I could see people having looked fabulous though, so I’m glad my coworkers got to partake in some delicious looking Hawaiian style food. (One of my coworkers had seconds “in my honor” though, which was nice, lol.) Of course, the fact that I wasn’t eating became a topic of conversation at my table, and it gave me a great opportunity to share the challenge with others, as well as remind them about hunger awareness, so that was good. Our newspaper may look into featuring me in a story later regarding the whole thing, and considering their reader audience, I think it will make a fabulous feature. We’ll see how that goes.
Before I go on, I wanted to point out that a lot of folks have asked me why the rules for this challenge are so strict, especially in light of the fact that work function food can sometimes be a means of survival for those who cannot afford to buy too much food. However, I realized that in the scope of this challenge, it would be too easy to “cheat” so to speak. The whole point is to get an idea of not just how difficult it can be to spend $4 or less on food everyday, but what it’s like to feel that. Hunger isn’t a very comfortable feeling and most of us are not aware of what that’s like. Getting free food from work or friends will definitely help you fill up, and that defeats the whole purpose of the challenge. At least that’s how I’ve interpreted it. 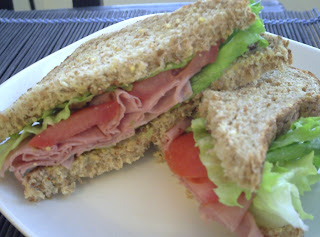 Anyway, I started out the day with a small breakfast burrito made with a couple of eggs and half a package of the thinly sliced ham that I got at Safeway the other day. Wrapped in a whole wheat tortilla and accompanied by a simple tomato & green onion mixture, this was really quite satisfying without being overly filling (nothing worse than food coma at the beginning of the work day!). For lunch I had half of my leftover pasta & tuna salad from the day before, along with a simple ham, lettuce & tomato sandwich. People kept on offering me leftovers of the very lovely cupcake “cake” they had made for dessert earlier, but I was very good about resisting. It’s funny, though; it really puts everyone’s eating habits into perspective when you’re doing something like this. Sometimes we just don’t realize how much extra food we consume throughout the day just because it’s there, even if we’re not really hungry; food that others could probably use. Food for thought, so to speak.

Dinner was fun because it made my kitchen smell incredibly delicious and I was able to make the entire recipe for about $1.50. Granted, I had the help of some clearance priced ingredients, but when you’re living on a tight budget the clearance section can be your very best friend. I made a fabulous little dish of curried garbanzos which I served over some leftover rice from the night before, which helped to cut the cost of the meal. Though I wanted to have a small salad with it, I found this was more than enough on its own and decided to save my greens for another day.

All in all, this hasn’t been too much of a hassle for me. Perhaps it’s because I’m pretty much used to doing everything I can to stretch my food budget as much as possible. Still, when I did some very generalized calculations of my food intake in dollars, even at PGEW level I can eat about $6-7 worth of food per day (especially if I’m getting all exotic). Those couple extra dollars really add up, especially when you don’t have them to spend on food. The whole thing has made me even more conscious of my kitchen habits, so even though I’m really good at eating on a tiny budget, I could always do better. Don’t worry, though! I won’t stop posting the good stuff! I’ll just eat more frugally on my “off” days. :)

And now, for a super easy breakfast recipe (Dinner to follow in a separate post. Lunch was just a sandwich, so you should be able to figure that one out on your own, lol):

Slowly heat the tortilla in a large skillet. Chop the ham into bite sized pieces. Scramble the eggs in a separate pan and add the ham towards the end of the scrambling process. Spoon the egg & ham mixture into the tortilla, add the chopped tomatoes & onions, and season with salt & pepper. Wrap into a burrito and enjoy!