Realities of Recovering from the Recession, Part 1: Intro and an Inside Look 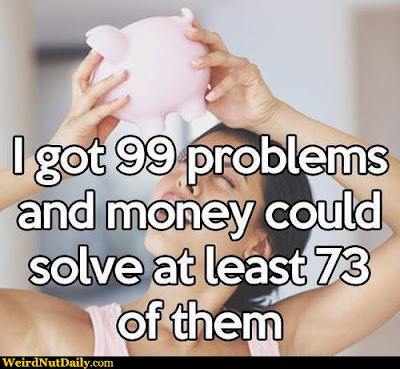 This is the first in a four-part series that I’ve wanted to write for a long time. As I mention below, I’m writing this painfully honest series in order to give people a better understanding of what it’s like to be part of the working poor (or unemployed), especially as you attempt to survive and try climbing out of the recession with everyone else. It may be hard to swallow for some because they’ll refuse to believe that this does happen – or that those of us who live like this didn’t somehow cause this all by themselves, and that’s okay. I can’t open eyes that are deliberately sewn shut. But hopefully, this will shed some light on the way a lot of Americans live right now, so that we can be a little kinder to each other. A lot of the discord in today’s society is a lack of empathy, understanding, and actual listening to others. Maybe if we took the time to get to know each other’s situations a little better without all those knee-jerk reactions we see everywhere, we could be a little nicer to each other. Less judgmental. Just kind.
~Kimberly
* * * * *
Not gonna lie – my anxiety is through the friggin’ roof these days. And it’s all because of money. As usual.
When things are as tight as they are right now, one of the things I hear most from  friends, acquaintances, or even family members is, “Oh, this is just a bump in the road! You’ll pull out of it soon!”
Ack.

Life costs about double or triple.

Now, I know there will be people shaking their heads in denial, or thinking that this couldn’t possibly be true because if you’re living on a budget doing budget things, everything should cost less, right? And if not, there are always handouts you can just walk into some office and get, right? WRONG.
The truth is, between things like interest, past-due fees, or just not being able to afford things and services of a certain quality, life as part of the working poor costs a hell of a lot more than if we had some financial breathing room.
(Before I keep going, I wanted to point out that I am using the terms “working poor” and “unemployed” to talk about a certain population that was a direct result of the Great Recession. I realize that there are plenty of people living in abject poverty and that I, and several others who are struggling financially, are still in better shape than those folks. I am specifically referring to those of us who used to have good jobs or a better financial situation prior to the Great Recession, were affected deeply by that recession, and are still struggling to get back to “normal” even as the nation’s economy continues to improve.)
In my next post, I’ll break down in great detail what it’s like to have to manage when you don’t have enough to cover everything. It’s a delicate balancing act that can stress you to exhaustion (or shingles, ha ha), but will hopefully help shed light on how situations like mine can happen, and why it can take so long to get out of it.
Thanks for getting this far!