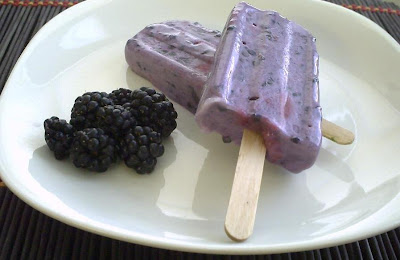 So the company I currently work for has been sold and will no longer be in existence as of this Friday. Though many of my fellow coworkers have been told whether or not the acquiring company will be keeping them on staff, I am the only one who is still in limbo about her employment status. I could be employed with the new company permanently, I could be employed just long enough to train the other folks and be phased out, or I could just have no job at all come next Monday. The announcement was made at the end of last week, so needless to say, we were all blindsided by this. No one is giving me a clear answer as to my job status, and the whole thing is about to make me develop a nervous twitch. Nothing like the great unknown to make you feel like you're spiraling out of control, n'est-ce pas? I mean, I could have to change the name of this blog to Unemployed Girl Can Actually Eat, and that just doesn't roll off the tongue as nicely as the current title.

They say that when life gives you lemons, you should make lemonade. Since I wasn't really in the mood for lemonade this weekend, I decided to make popsicles instead. Though my favorite desserts are homemade apple pie, cheesecake, and Grand Marnier souffles, I have always and will forever be a fan of frozen confections. Ice cream, sorbet, gelato, fro yo, you name it - if it's frozen & sweet, I will eat it. Because I have the best mom in the entire universe, I can have popsicles of any kind, as she bought me a great little popsicle-making set a few summers ago. I've been able to experiment wildly with different flavor combinations, and I could make an entire site devoted to these frozen concoctions if I were so inclined. Alas, one project at a time is good enough (especially since this project has about 14 satellite projects of its own), so I figured I'd bring my beloved PGEW readers a few of these recipes while summer is still here. The first one being Blackberries & Cream.
I'd hesitated about posting these because they just look a little strange. Then I thought: Darnit, there's just not enough periwinkle or lilac-colored food in this world, and that's just a shame. Summer food is usually bright with reds, oranges, and greens, but I think the darker colors of the world should have some face time, too. Besides, just a glance at these popsicles gives you an idea of their rich flavor. They're sweet with berries and so creamy it hurts, making this the perfect sinful confection to enjoy after a nice summer meal. Or, if you're like me and crave ice cream & other frozen desserts in the winter, you could enjoy them after a warm, comfy dinner. Regardless, you really can't go wrong with berries & cream, especially when they require all of 10 minutes to make (excluding freezing time). Those of you who've made ice cream or other frozen treats from scratch know that it's not always that easy. This, combined with the fact that you'll have flavored pops unlike anything at the store, and that only cost about $0.67/pop, make these desserts just a little sweeter. If one were to follow a traditional recipe for a creamy popsicle with fresh fruit, it would not only take a lot longer to prepare, but it would cost one a lot more than this recipe because of the many ingredients involved. Don't like blackberries? (shame on you! haha) No worries. Substitute your favorite berry instead and you'll be just as happy.
PS - Moms & Dads, get the kids involved in this one! Not only will you appreciate the extra help in the kitchen, they'll have a blast knowing that they've made their own dessert AND a complete mess of themselves in the process. (Okay, so maybe that last part isn't the best selling point to parents, but kids will adore me for this, hahaha.)
The Easiest Blackberries & Cream Popsicles EVER (makes 10 popsicles; total cost per pop: $0.67! Take that, ice cream man!)
1 basket (~ 1 1/2 c) fresh blackberries (you can use frozen ones, but only if you absolutely have to)
Juice of 1 small lemon
1 t sugar
1 can condensed milk (regular, not light! It will ruin the texture)
Rinse the berries well and gently pat dry. In a large bowl, combine the whole berries, lemon juice, and teaspoon of sugar and, using a fork or your (clean) bare hands, mash the berries until they've released most of their juice but still have plenty of berry texture. Add the can of condensed milk and stir together until completely combined. Place in popsicle molds, add sticks, and freeze for about 2-3 hours. Don't have a popsicle mold? Pour the berry & cream mixture into a couple of ice trays and you'll have twice as many pops that are even more user friendly for tiny tots. Either way, enjoy!
(For those of you who are extremely detail oriented, yes, I did add strawberries to mine. I only had a few left and figured it'd be a fun way to use 'em and not waste 'em.)