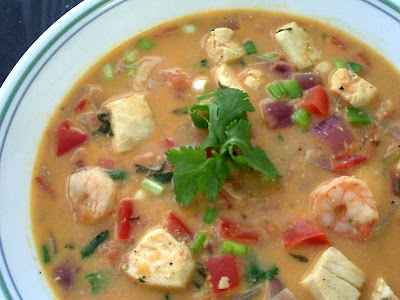 In talking to coworkers and friends, and even listening to people's conversations on light rail over the past few weeks, I've noticed a definite trend in conversation topics: cutting back on EVERYTHING because life is simply not affordable anymore. Since those that know me well know I've been struggling financially for quite some time, I don't always like to bring up my woes, so I have just been sitting back and listening to what others have to say as they join me in economic hell. It seems that living a better quality of life (as defined by going out more, spending more money on stuff, etc., etc.) is sorely missed by almost everyone. Heck, even I miss doing more stuff than I do now: the impulse shoe shopping, random dinners at new restaurants, the ability to take time off work to go to concerts without the nagging fear of losing my job. Times are just different now, and everyone is feeling it.

Most of you know by now that this is the main reason I started this blog. I'm of the opinion that just because the rest of my life is difficult and unappetizing, doesn't mean my food needs to be that way too. As I mentioned in my very first post, food is something all of us love and that is a part of all cultures. Something this important should not be overlooked or put on the back burner (so to speak) if one can help it! This reasoning - and a strange craving for Brazilian food - is what prompted me to post this recipe for a traditonal Brazilian seafood stew, also known as moqueca. The way I see it, just because I can't go to a good Brazilian restaurant in San Francisco and partake of their tasty delights doesn't mean I have to deny myself the pleasure of having something similar at home.
This recipe is as close to the real thing as I was able to get within my means. I made sure to follow recipes that were from actual Brazilian websites to make sure I had all the right ingredients and methods (and learned a bit of Portugese on the way). The only things that are different are the absence of dende oil and green bell peppers, and the use of red onions v. white or yellow. The green bell pepper omission is a personal choice as I do not like them (they make me kind of queasy) but I urge you to use them in this recipe if you're a fan of them because I'm sure it would add a different spin. And as much as I appreciate the exotic flavor of dende oil (palm oil), I can neither afford to travel to another city to find an African store to buy it, nor can I afford the $18/6 oz. price online. I have had traditional moqueca and I can tell the difference if dende oil is not use; but I am a Poor Girl and have to do without sometimes, which is just fine. This dish is tasty enough on its own.
Though swordfish and haddock are hailed as some of the best fish to use in this stew, I used Mahi Mahi and found it worked beautifully. I'm sure any light, firm-fleshed fish will do just fine. You can also make this with shrimp alone, though I personally prefer the combination of the two. I'm sure that the addition of some other shellfish like mussels or clams would just improve upon this, but again - I work on a tight budget! Don't worry if you can't find any malagueta or other tiny, super-hot peppers; using a bunch of cayenne will work in a pinch. Do you see why I call this "Makeshift"? It's not exactly the real thing, but it's pretty darned close, a lot like my Sick Person Soup. And it further proves my point that just because you can't afford the best doesn't mean you can't expect the best. Lastly, don't be afraid to try this because it's different! It's very delicious and simple to prepare. Even Anne, the awesome photographer from the Sac News & Review (article on yours truly to be featured there in the next couple of weeks!) agreed it smelled terrific!
Makeshift Moqueca (serves 4; total cost per serving: ~ $4)
1 lb firm-fleshed fish filets (mahi mahi, swordfish, etc)
20-25 shrimp (frozen is okay)
2 T cooking oil
1 large onion, chopped
1 large red pepper (or small red & small green pepper), diced
4-5 small tomatoes, chopped
6-7 green onions, chopped
3 cloves of garlic, minced
Juice of one large lime or 3-4 key limes
1 can light coconut milk
Small handful of cilantro
2-3 small hot peppers, or 1/2 t ground cayenne pepper
Salt & pepper to taste
Cut the fish filets into large bite sized pieces and marinate in the lime juice and some salt & pepper for about 20-30 minutes. If using raw shrimp, marinate them with the fish as well; if using frozen, place into a bowl to thaw while prepping the other ingredients.
Chop the regular onion, red pepper, and tomatoes and place into a bowl. Chop the green onions and cilantro and place in a separate bowl. When the fish has been marinated long enough and the shrimp is thawed, heat 2 T cooking oil in a large, deep skillet or in a large pot. Add garlic and heat for about 1 minute, then add the onion, red peppers, and tomatoes. Cook for about 10-15 minutes over medium-low heat or until the veggies begin to soften. Add the fish and coconut milk and cook for another 15 minutes or so. If using raw shrimp, add them in with the fish; if using frozen, cooked shrimp, add at the very end to avoid overcooking. Cook for about 2 more minutes. Lastly, add the green onions and cilantro, and remove from heat.
Garnish with extra cilantro if desired, serve with white rice or by itself, and aproveita!