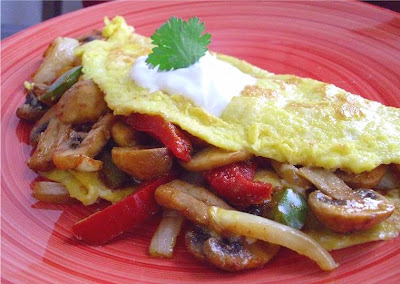 The quirks of a food blogger are many and oft’ times quite charming, particularly the obsessive photo-taking one. I have yet to meet a food blogger who doesn't always have a camera ready whenever they're in the vicinity of any type of food, from gourmet cuisine to the ever-so-frightening Twinkie. Depending on the focus of one’s blog, this photo-taking quirk can either remain strictly in control, only manifesting itself at potlucks or larger functions to get the general “feel” of the food vibe; or it can turn a girl into a stark raving mess who refuses to even post a recipe if the picture isn’t *assume Zoolander accent here* really, really, ridiculously good looking.

As you might have guessed, I fall under the 2nd category. Granted, part of the problem I had over the weekend (and the reason why I didn’t end up posting that one promised egg recipe I had in mind) was that I had forgotten my camera’s battery charger at work. Not being able to access all of the photos on my memory card or take anything new certainly put a damper on my weekend of what ought to have been blogging bliss. I suppose I could have posted the other recipe, as it’s a good one and the picture isn’t all that bad. But because I’ve turned into THAT blogger and I ended up making an even better egg dish over the weekend, I figured I’d wait and make everyone happy with a new recipe and a nicer photo.

On this weekend’s jaunt to Safeway for kitty food & other feline provisions, I managed to have enough change leftover for some baby portabella mushrooms and a lovely head of butter lettuce (both on sale!); and because produce in Poor Girl’s kitchen has been slowly dwindling, I figured I was worth these splurges. I had every intention of enjoying both together in a nice giant salad, but as I was slicing the baby bellas into these thick, meaty-looking slices, I began to imagine them in a steaming hot platter of fajitas. When the reality of not having tortillas for this endeavor broke through my fajita daydream, I switched gears and began to imagine the mushrooms in a nice cheesy omelette. That wasn’t going to work so well either considering the lack of cheese in my house, so I finally put both dreams together and decided to make a mushroom fajita omelette.

It’s an unorthodox food pairing but I must say I was quite pleased with the results! The flavors & textures played off each other nicely, and I didn’t even miss my warm flour tortillas (that much). This dish is hearty and tasty, and absolutely perfect for a breakfast for dinner night. And if you’re not an egg fan, the mushroom fajita filling is excellent on its own so definitely feel free to use it in the traditional fajita manner. Not much else to note on this one, so let’s check out the recipe!

Heat the olive oil in a small skillet and add the sliced mushrooms & onions and the salt, peppers, and cumin. Sauté together over medium high for about 2 minutes, add the pepper strips, and cook for another 1-2 minutes or until everything is heated through. Set aside.

In a separate skillet or pan, melt the butter and swirl until the entire pan is coated. Add the beaten eggs and cook over medium heat until the omelette is set and there is only a small amount of unset egg left. Spoon a generous amount of mushroom fajita filling into the omelette, fold in half, and cook for a few more seconds to allow it to fully set. Garnish with a couple of sprigs of cilantro, serve with sour cream, salsa, or whatever your usual fajita fixin’s may be, and enjoy!